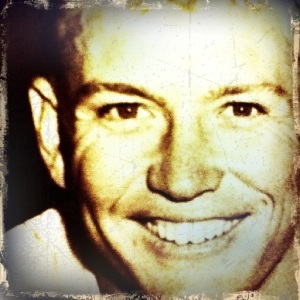 For my entire life, I have heard time and time again how coddled the athletes of today are. It seems more and more common to hear commentators, all of which are over 60, but could still probably take me in a fight, discuss it.
“These new uniforms are designed to wick sweat away from the body as they play. It’s a far cry from the bearskin uniforms we wore in MY day.”
“These new rules limiting contact with the players are slowing the game down. I know when I was on the field, I expected to be hit in the face with a hammer and left for dead on the thirty yard line.”
“In my day, the bat would shatter and take out an eye. That was the only way the manager would take us out of the game.”
I have always thought that they were just cranky old men who hadn’t had their share of fiber for the day complaining about the way “the kids” have ruined the fine institution of baseball/football/hockey/competitive eating. When Jay Cutler was criticized for sitting out in the NFC Championship this season with a torn MCL, I thought it might have been unfair of the old codgers to blame him.
I might have been wrong.
I have been reading The Last Boy: Mickey Mantle and the End of America’s Childhood recently. In it, author Jane Leavy goes in depth on Mantle’s life. As it turns out, athletes in the 50’s were completely hardcore.
Mantle grew up in a mining town. That automatically gives him ten toughness points right there. There is no way to live in a mining town, sharing a bed with three other siblings, without being tough. If that didn’t toughen him up enough, he wet the bed until he was 16. A bed he shared with three brothers. I’m guessing they hit him at least once.
When Mantle was in high school, he was injured in a football game and, because of a disease, almost lost a leg. Instead, they treated his rotting flesh by setting maggots loose on it. He had a hole in his leg. From bugs eating it. Bugs. He was in the hospital off and on for 18 months. Oh, and THEY TREATED HIS INJURY WITH MAGGOTS.
To be fair, he never confirmed that they used maggots. Mantle just said they “scraped the bone.” That sounds even worse.
Then, after finally making it to the Yankees, he tore cartilage, and possibly his ACL, in his first World Series at age 19. It was never properly treated and he played the rest of his career in constant pain. He still managed to hit 536 home runs and be one of the greatest baseball players ever, winning three MVP awards.
This is all in the first 70 pages of the book. If it keeps going like this, I’m expecting page 200 to contain a story about Mantle falling off the Empire State building and having to miss four innings with a sprained ankle.
But no worries, Cutler. I’m sure your injury really hurt. I know I got a paper cut the other day, and it stung.

(Note to Jay Cutler: I am sure that you’re injury hurt worse than a paper cut. Please don’t punch me in the face)