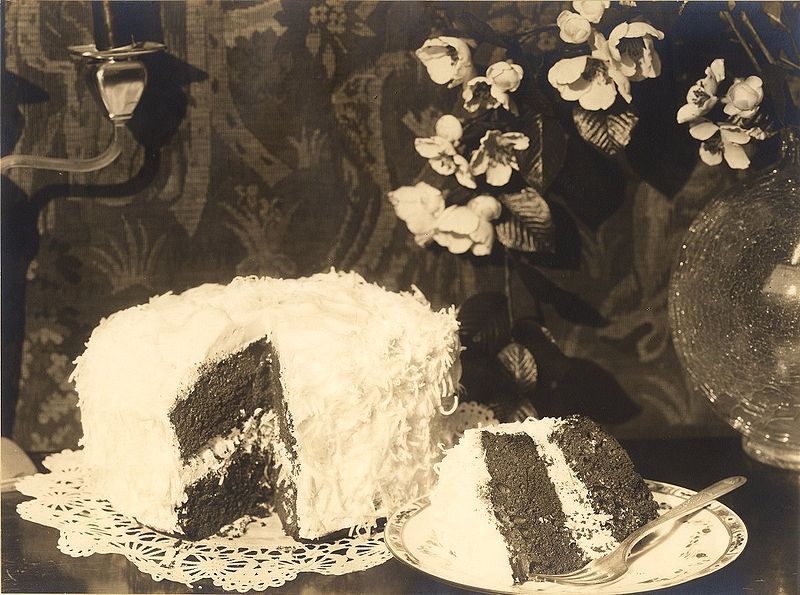 In the office world, there are only a handful of things to look forward to. You might get an entertaining email or two. There is the day when the cleaning people come and remove that two-week old salad and its stench from your break room refrigerator.  There is the chance of finding a fresh(ish) pot of coffee.

When people find a new job, there are cupcakes. For birthdays, there will be some sort of cake. The knowledge of this has caused my current company to provide small bundt cakes every Christmas. I assume the message they are trying to get across is “You have done exactly one bundt cake worth of work this year. Congratulations.”

Today, in honor of the anniversary of the office opening, we were notified that there would be a full buffet featuring filet mignon and poached asparagus with a light hollandaise sauce. Of course I’m kidding. They emailed us yesterday and said that there would be cake. The entire office was abuzz with the promise of frosted baked goods. Another email went out today announcing that not only would there be cake, but there would be THREE KINDS OF CAKE! Suddenly, people were in a near panic. I’m pretty certain I heard a coworker start hyperventilating at this promise.

I have a rule that I like to use in situations like this. I call it the vulture rule. Whenever food is placed into an office environment, you will see a dozen or so people circling the food’s location, waiting for a chance to swoop down and gobble it up. I like to wait for the scavenger dozen to make their way back to their seats before I partake. This will allow me clear access to the food without having to wait in any sort of line. This was the exact tactic I employed today.

It was not a great decision.

When I made my way to the cake, there was a single person there. She is new to the office and, I assume, has not been made aware of the important role cake plays in today’s corporate America. She was standing there, staring at the cake, her brain moving at double speed as she tried to determine what she should get.

“That one looks like chocolate,” she said to me. She was right. It was very brown, so either it was chocolate cake or someone was very bad at making some other kind of cake. “But I wonder what the frosting is. If it’s buttercream, I want that. If it isn’t, though…” She trailed off. I stood there patiently.

“Hey!” she called to a coworker. “What kind of frosting is on that cake?” The answer was something along the lines of “it’s good.” That, of course, was not the answer she was looking for. We needed a specific frosting type. I mean, who knows what sort of heinous evil could be opened up by selecting the wrong cake. I’m no history buff, but I’m pretty sure incorrect cake frosting is what caused World War I.

“I know this one is buttercream for sure,” she said, gesturing to the white cake. I’m not sure how she knew that for sure. Maybe she had sent it for lab analysis before I got there and had already received the results. “It’s white cake, though, and I don’t really like white cake.”

What a cake racist.

At one point, I thought we had made a decision. She picked up a plate with red velvet and I prepared myself to swoop in and at long last immerse myself in a pile of sugar and carbs. I would then crash half an hour later and complain about how tired I was, but for that 30 minutes it would be pure bliss. Of course, as these things go, she sat the cake back down in its resting place and began the whole process all over again.

In my mind, cake is a gamble. If you are offered a piece, you take it and hope you like the frosting. The worst case scenario is it goes from being a great piece of cake to being a good piece of cake. There are no losers at the game of cake.

I don’t know what she decided on. I waited until she had turned to ask someone else what type of icing it was, then I grabbed the chocolate and left. As far as I know, she may still be there right this second debating the pros and cons of mystery frosting.

Oh, and it was buttercream. It was pretty good.

2 thoughts on “Cake: The Driving Force Behind Corporate America”