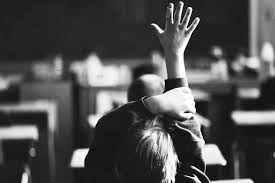 One of the joys of hosting a blog on WordPress is that you are privy to some of the search terms that have led people to you. It can be very insightful. For instance, I had no idea that this blog was a hotbed for information on irrational women, but thanks to WordPress, I now know.

Sometimes, though, I feel like I am not serving the people who read my blog appropriately. People will search for certain information that will lead them to my blog, but I am absolutely certain their question is not answered by anything I have ever written.

To make up for this, I have compiled five questions that have led people to this very blog, only to leave them wanting more information. I will do my best to answer each of these because I am nothing if not a public servant.

-Why are people trying to murder the Beatles?

I am pretty sure no one is trying to murder the Beatles. Someone did murder John Lennon and George Harrison died of cancer, but I have not heard any reports of someone attempting to end Paul McCartney or Ringo Starr’s lives.

Now, if you are speaking about their music, there is a fair amount of Beatles murdering happening. For instance, I read that Miley Cyrus is recording a cover of “Lucy In The Sky With Diamonds.” I have not heard this, but I feel fairly confident in saying that she slaughtered that song. Miley Cyrus should never be allowed near a Beatles song. She should not be allowed to listen to the Beatles. She should not even mention the Beatles. In fact, someone should do their best to make her forget that the Beatles ever existed lest she create more of this musical blasphemy.

The main reason people “murder” the Beatles is because everyone loves the Beatles. If you do not love the Beatles, you are dead inside. By covering them, artists think that they will somehow garner the musical respect that the Beatles earned in their short time as a band.

Spoiler alert: they will not.

-Is tbhere a national go topless day in withta Kansas this august?

I assume what was meant here was “Is there a national go topless day in Wichita, Kansas this August?” I am not too sure how this brought anyone to my blog. I do not regularly post about events in Wichita, topless or otherwise. It seems strange to me that someone looking for such a specific piece of information would end up here.

After some research, though, I found that there is scheduled to be one August 24th. The time and location is to be determined. If that falls through and you are really hoping for some topless park action, the next closest location would be in Peace Park in Columbia, Missouri. Participants will receive a commemorative t-shirt which they will all promptly throw away because wearing them is what The Man would have them do.

-why do hipsters have moustaches

Hipsters love to be ironic. Apparently, the world has agreed that moustaches are the most ironic facial hair in existence. The minute this was agreed upon, every hipster immediately began to sprout hair from their upper lip.

Of course, this does bring up the question: if every hipster has a moustache “ironically,” is it “ironic” anymore? It just seems like a thing everyone is doing. With that in mind, I would like to propose a new ironic facial hair choice. As demonstrated by the 21st president of the United States Chester A. Arthur, the new ironic facial hair should be “Sidewhiskers.” Beats the crap out of moustaches, does it not?

-what is inside a frozen turkey