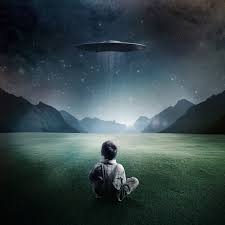 As far as I know, there are no statistics for how many people are afraid of flying. I would assume that it is a lot, and really who can blame them? Even if you understand the physics of flight, the fact that you are in a gigantic winged tube made of metal that is hurtling through the air thousands of feet above the Earth seems to be something that would cause fear in even the most reasonable person.

As if that weren’t enough, the aerophobic have even more reason to be worried.

Last July, a pilot was in his Airbus doing his piloting duties. His winged metal tube was 34,000 feet over Berkshire or, if you would prefer to think of it this way, 6,800 Danny DeVitos. He was in his pilot seat pulling on levers and pushing buttons and whatnot when, out of the corner of his eye, he saw something.

Out of the left hand side of the cockpit, a rugby ball shaped object was hurtling at the plane. It was coming so fast that the pilot says he ducked, a decision that in retrospect is very pointless when something collides with your plane in midair. The pilot immediately sheepishly raised his head up, then called air traffic control and checked his instruments. No one had any record of another aircraft being nearby.

This is the shape of the thing that almost hit the plane. It was most likely not made by Gilbert.

If this were a movie, this would be the point where dramatic spacey music plays in the background.

After months, the investigation by the airline concluded the following: they don’t have a clue what it was. There were no other aircraft in the vicinity, nor was it a meteorological balloon. The report stated that it was “not possible to trace the object or determine the likely cause of the sighting”. This can mean only one thing.

If you weren’t afraid of flying, now you can be. Apparently aliens are bringing their rugby shaped ships, now officially known as rugbips, to our planet and buzzing by our passenger planes. All we ever did to them was send weird robots to their planet to explore and send large telescopes into orbit that allowed us to be intergalactic peeping Toms. I think this is a code red. We need to be prepared for attack at any moment.

We always seem to attribute every action that aliens execute as some sort of heinous act meant to destroy us. What if, though, the aliens are just minding their own business? They might think that we are attacking them.

Somewhere on a distant planet, there is probably a website (or whatever the aliens use) with a news story about a small rugbip flying through the Earth’s atmosphere when, out of nowhere, this gigantic metal bird came at it incredibly fast. The commander probably had no choice but to duck out of the way, realizing afterwards that this would do no good if something were to collide with his ship midair.

Then, naturally, there is a blogger (or whatever the aliens call them) writing an idiotic post that seems to imply that these giant metal birds are filled with creatures trying to attack Blonknore V or whatever that planet would be called. After finishing his piece, dozens of Blonknorians would read this and all have the same reaction.

“Stupid blogger,” they would say, though if I’m to believe movies, it would likely sound more like clicks and high-pitched squeals. “We’re being attacked? Like there are other intelligent beings in the galaxy.”

Then they would forget that they ever wasted five minutes on that blog, hop in their Honda Civic (yes even on other planets everyone drives a Honda Civic), and head to work, never again remembering the post about UFO.