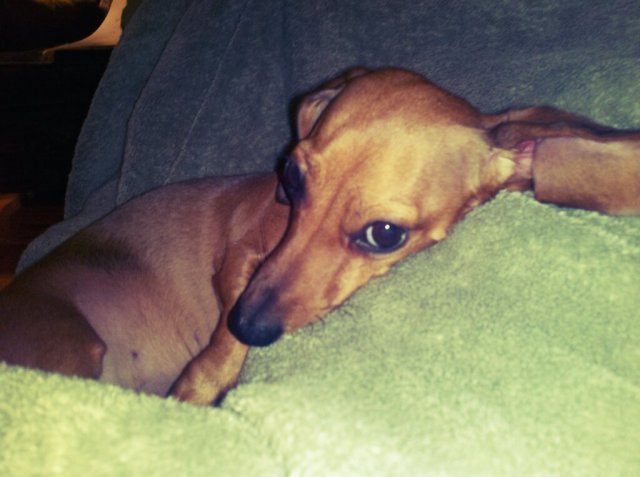 Well, I don’t know what that human lady’s problem is, but today was the last straw.

The humans began their obnoxious moving early this morning. I’ve never understood why they insist on getting out of the bed, but nevertheless they do. And when the humans get up, that means I do too.

After the exhausting trip down the stairs, I was ready for a much needed break on the couch. I jumped up, turned in circles three times (four is just too darn showy), then laid down for some much deserved rest.

Of course, the humans are never satisfied to let me just lay there. This was the case again this morning. The lady human kept calling me.

Now, I have no reason to go outside. I don’t even really like outside. My food is inside, the blanket I like to lay on is inside, the sock that I stole when the humans weren’t looking is inside. All that is outside is grass.

Of course, I know why she wants me to go outside. She, for some reason, insists on watching me poop everyday. Every morning, I squat down to take care of business and look to see if she is watching. Sure enough, she is nearly always watching me in my most private moment. She must be sick in the head.

I wouldn’t put up with this except for one thing: when I go to the bathroom, I get a treat. I’m a pretty big fan of treats. Since they won’t let me have keys to the car, eating this treat is really what fills most of my day.

I head outside and immediately squat down. The lady is, yet again, watching.

“No, Charlie! Not on the sidewalk! Go in the grass!”

Why would I go in the grass? Every time I try to go to the bathroom in the grass, I have to put up with the stupid blades of grass tickling my butt. It’s very distracting. Plus, who wants me to mess up some perfectly good grass with my feces? You can’t dig through this cement, so it really isn’t any good anyway.

I decided to do her a favor and ignore her yelling. Later, she’ll think me for using the sidewalk.

Or so I thought.

I walked inside to get me treat. Instead, I was greeted with a glare.

“No, Charlie. You have to go in the grass to get the treat.”

Wait…what?! But I had done what was asked of me. First I’m told I can’t go to the bathroom in the house even though it is nice and temperature controlled. I go outside without even questioning why the cat not only gets to go inside, but has his own special poop-box to store it.

Now, though, she is changing the rules. Now I have to go to a specific spot outside to use the bathroom? That hardly seems fair. What, she plans on making my pooping area smaller and smaller until, finally, I’m no longer allowed to go to the bathroom at all?

I need some way to teach her a lesson, I thought. That is why, when she was not looking, I dragged my butt across the rug.

Hopefully, that will teach her a lesson.

17 thoughts on “Entry From A Dog’s Diary, January 8th”