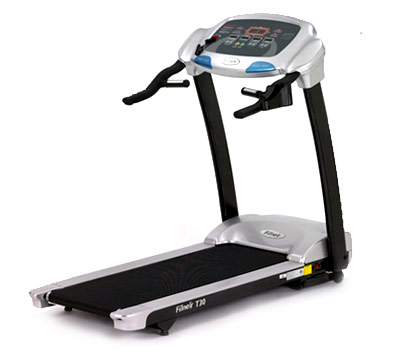 I have never fully understood exercising.

I do know the general purpose, but the idea seems odd to me. Why would I run if nothing is chasing me? What part of seeing a heavy piece of metal makes a person go, “I will lift that, and I will lift it for 5 sets of ten” without having a reason to actually lift that piece of metal?

Maybe that is why I have neglected exercising. It might be laziness, but I prefer to think it was a lack of understanding.

Whatever reason there was for me to avoid exercising led to what you would assume it would lead to: growth. More specifically, growth in the stomach region.

I started eating healthier and that helped, but not enough.

So, I had no choice.

Recently, in an attempt to become a more miniaturized version of myself, I have begun working out.

Now, I am no body builder. I have no interest in looking like a homerun hitter from the late 90’s. If I did, I would just take steroids like everyone else (Manny Ramirez is a major role model in my life).

Naturally, these requirements would lead me to one other exercise.

Fortunately (if you want to call it fortunate), when my wife and I moved into our current home, we inherited a treadmill. More specifically, we inherited the most harrowing treadmill on the planet, a treadmill suitable for torture victims. This treadmill will be the death of me.

I don’t doubt for a second that this treadmill is older than me. The speed is adjusted (and I swear I’m not making this up) by a hand crank. I spend a majority of the time I am on the treadmill wondering exactly when the belt will snap and send me flying backwards into our stored Christmas decorations, sending ornaments and garlands flying everywhere.

This would be a welcome distraction if it was not for the fact that the running surface is roughly 1% of modern treadmills. A tight rope walker would complain that there wasn’t enough space for his feet on this treadmill. Multiple times I have nearly been sent on that same flight as I became distracted and forgot to pay attention to my feet.

Despite the owning of what I like to call the Dangermill, I now find myself in my basement night after night, a glorified hamster with an iPod. Actually, hamsters have wheels to run on, which look like way more fun. If you put a hamster on a treadmill, it would probably call you stupid and jump off.

All of this running has given me an excellent business idea, though.

The hardest thing to do when running is to find motivation. Very rarely does the motivation of “I need to be healthy” win out over “Oh, look! The Magic Bullet Infomercial is on again.” T

he business would be called Motivators, Inc. Here’s how it works.

When a person feels out of shape, they call us. For a nominal fee, we will provide them with motivation to run. This motivation comes in two varieties: masked men wielding knives and angry Dobermans. When you walk outside, you better take off running. There is absolutely no way you phone it in when working out either, because if you do, there is a fair chance you’ll get maimed.

This could become the next exercise fad, leading to millions of satisfied and slightly stressed out customers.

I dream of a day when the motivation to run is handed to me like that. Until then, though, I will continue to work up my own motivation, sending myself to run on the Dangermill and pretending it isn’t so bad. It absolutely is, especially when the treadmill makes that one noise and shakes a little bit.

If you hear I was killed by exercise equipment, you’ll know why.

7 thoughts on “Nathan Vs. The Treadmill: A Battle For The Ages”